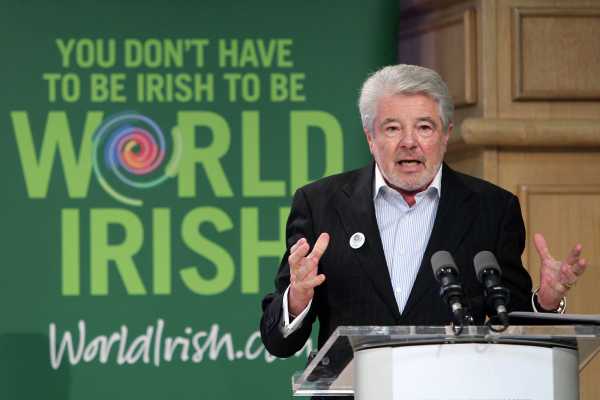 By Maura Kelly — “Online everyone has a voice … We shape and are shaped by what happens there … Two billion people are now online, nearly a third of humankind. And increasingly, we are turning to the Internet to conduct important aspects of our lives.”

So said Hillary Clinton, Secretary of State, in response to events in the Middle East. She would know. She was an eyewitness to the Arab Spring when activists and citizens used social media to organize and release breaking news. The debate about the role technology played in the uprising is ongoing but many say things would not have happened the way they did without digital technologies. And it is only just the beginning.

Web 2.0 technologies, wikis, global online portals have developed significantly in recent years and many countries are eager to connect to their “digital diaspora” for economic development. There is the Overseas Singaporean Portal, Global INK (India), and the Overseas Chinese Network is Hugh. There are several online Irish themed sites too, like Rendezvous353, and Online.ie, and U.S. ancestry sites – all ready to engage.

The new player in the ”global portal” sector is WorldIrish.com. Two years in the making, a beta version of the site was launched at the recent second Global Irish Economic Forum in Dublin Castle. It is the brainchild of John McColgan, co-founder of Riverdance, who is also the chairman.

According to the website, the goal is to harness the power of existing social networks (Twitter, Facebook and LinkedIn) and connect users to the Irish experience, across culture, arts, and sports. The developers see WorldIrish as a movement, a forum for sharing ideas and experiences that can help the Irish realize their individual and collective potential.

“The timing of a project like this is opportune as Dublin is now the leading capital for social media with the presence of giants such as Facebook, Google, LinkedIn and most recently Twitter. Anyone with an affinity with Ireland and Irishness can join,” said John McColgan.

Denis O’Brien and Dermot Desmond are among those investing in the website and they are hoping to raise €7 million over three years. To date they have raised €3 million and have spent a million on development.

The launch created buzz in the Irish community with blogs, and tweets flowing – many reserving judgment until more apps were up, with others looking for more clarification on the mission of the site.

Andreavelbyrne wrote: “It’s an important moment for all Irish people this kind of initiative, because it’s a time to recover our Irish integrity, mainly after the financial and social crisis.”

B. Healy blogged: “Did WorldIrish miss a trick? Worldirish.com is a directory. You need to know who you are looking for.”

Tom, co-founder of RendezVous353.com wrote: “We launched a similar site in 2009 prior to Farmleigh.

John wrote: “While it is obviously a Beta that story in the Independent about it making 20 Million Euro profit per year within five years does skew the whole do-gooder view of things.”

John McColgan said he expects a profit of 20 million per year in the coming years. Obviously, he is trying to attract more investors, but he might want to take a note from Steve Jobs’ book and focus on building a great product first versus focusing on profits right away.

Meanwhile, thousands of folks are signing up and setting up profiles. I did too. WorldIrish does feature a neat daily roundup of the top tweets, images, and videos from around the Irish world on the site. And on WI’s Facebook page, friends are busy posting videos and getting acquainted.

WorldIrish may not be the first in the Irish portal space but perhaps it’s at the right place at the right time. Just look at the social networking phenomenon. Before Facebook, before MySpace, there was Friendster in 2002. With its innovative “friending” approach, many said it was the first of its kind. Where is Friendster now? MySpace? Facebook dominates. Perhaps WorldIrish will too. We’ll have to wait and see.

The new CEO Michael Branagan summed it up: “We are delighted to get feedback. I can tell you the team worked hard to get the project where it is now. We have a lot of apps and features in development. The feedback is invaluable; keep it coming and keep us on our toes for delivery.”