After months of planning, it was a pleasure to launch the New York Women in Film & Television and Bentonville Film Festival partnership to support films directed by women. A highlight was a joint screening of “Jack of the Red Hearts” directed by NYWIFT member, Janet Grillo. The screening at the Tribeca Film Center was following by a panel on gender parity in entertainmet. I was honored to participate on such an esteemed panel. #womensupportingwomen 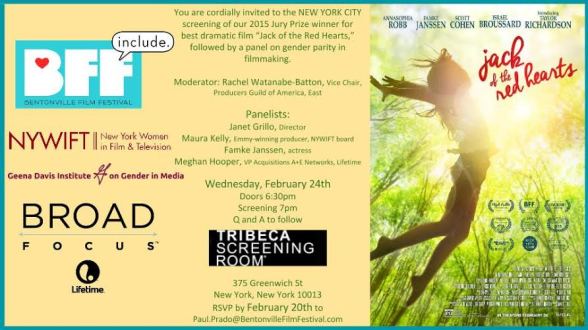