Innovations and provocative ideas come and go and some can truly disrupt the status quo. I’ll talk with women building companies in the tech and entertainment space who are forging a new entrepreneurial landscape. 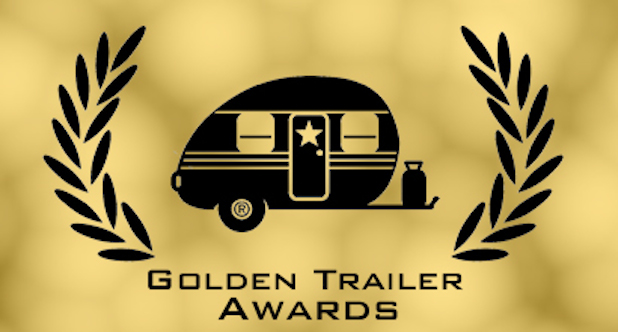 In 1999, Evelyn Brady-Watters and her sister Monica Brady created the Golden Trailer Awards (GTAs) as the first awards show for movie trailers. The GTAs were designed to disrupt the way trailers were being portrayed and recognize the unsung heroes who create the short art-form that sustains Hollywood. Both were successful commercial producers at the time but the growth of the award show spawned new careers and a full-time business for the siblings. Now in its 17th year, the GTAs have evolved to include trailers for television shows, video games and posters.

What made you realize that audiences were watching movie trailers as entertainment and that the GTAs could be a viable business?

Back in 1999, the internet was just a sliver of the resource it is now. Attention spans were already short and with the onslaught of 24/7 distractions they were getting a whole lot shorter. I was always interested in movie trailers – they were high quality, free entertainment and the internet made them more accessible. We noticed these “previews” were becoming a part of pop culture. People weren’t’t just discussing movies and their favorite TV shows anymore, people were also talking about movie trailers. We like to think the Internet ushered in the dawn of the golden age of the movie trailer.

As far as the Golden Trailer’s objective, we weren’t looking at the GTA’s as a business ‘per se’. We looked at the awards as a way to shine a spotlight and celebrate the best talent in an anonymous industry that brought entertainment to movie fans. I wish I could say we thought we spotted a great business model then but the GTA’s were a labor of love for many years before they sustained themselves.

Who were your early champions and mentors?

We credit the success of the launch of the GTA’s to our highly respected jury. When we first had the idea for creating the awards, we approached Stephen Woolley (Crying Game) as a juror. We faxed him a letter (come on, it was 1999) asking him to judge and he immediately called back and said yes. We then approached Harvey Weinstein (who so brilliantly had turned the Academy Awards into a marketing device for Miramax releases) and he said Miramax is behind this and gave us David Kaminow from Miramax as a juror. The big coup came when Quentin Tarantino joined our first year Jury. That was the shot heard round the world for the GTA’s. From that moment on major publications and news media outlets too numerous to mention picked up and ran with the story.

Thus, we credit those early supporters who believed in what we were doing as our champions. Along the way, it was a huge shot in the arm when jurors like Paula Wagner, Tom Bernard, David Geffen, Kathleen Kennedy and Sylvia Rhone would call to tell us how much the experience judging the best trailers meant to them, and how much they learned from the process. It is hard to put into words just how much that encouragement from such highly respected individuals meant to us. It may seem like a small gesture but from the likes of industry giants such as those, that carried a lot of weight.

Is there a style of trailer that you see today that is defining the current marketing ethos of the entertainment industry?

From my perspective there isn’t one overriding style of movie trailer that exists today. I believe styles are typified by genre for movie trailers. Trailers are increasingly highly stylized and better produced than ever. A great trailer is a perfect orchestration of a multitude of elements. The scenes will be carefully selected and purposely ordered. The graphics will be stunning making the title card more memorable. The music will drive or compliment the visuals. The sound effects will be flawless (and therefore so perfect you never think about them) or used with specific purpose to create suspense or tip off the viewer there is more to this story. Different trailers for the same movie are launched at various release dates online and are highly publicized. Trailers have always been ‘make or break’ for any film but now the stakes are higher and the competition is fiercer. Every viewer is a critic and willing to share his or her praise or condemnation with everyone they are connected to on social media.

Creating trailers is a very specialized skill. Who is the artistic force behind a typical film trailer and what makes a great one?

The trailer editor is the primary artistic force behind the trailer. Trailer editors (short form story telling) are very different from film editors (long form). The editor will view and review the film numerous times to determine which clips will tell the story and attract the audience to the film. The producer, sound designer, the composer, voice-over artist, and the graphics/title company all play a critical and important supporting role. A great trailer is a perfect orchestration of all the elements mentioned earlier and originality helps a trailer stand out. A great trailer has always been about the HOOK, the intrigue, the hint of more, the build but never the reveal.

You have two favorite categories with press and fans — the Golden Fleece Award and the Trashiest Trailer? Can you explain each and are they really highly prized awards?

The Golden Trailers from the start was designed to be a fun and entertaining television property. An important element of an entertaining awards show is to have a ‘ringer’ category that can bring the house down. When the nominee packages roll for Trashiest Trailer, the live audience is usually howling. Gems like ‘Human Centepede’ or ‘One Eyed Monster’ come to mind as Trashiest classics from over the years. Where else are you going to see that? The Golden Fleece Award is enormously popular with the trailer editors. It represents making a great trailer out of a doozy of a movie. It takes special skills and talent to turn the proverbial ‘sows ear’ into the ‘silk purse’ and that mastery of craft is what Golden Fleece represents. From a studio perspective, they are agreeable about submitting for the Fleece if the film has run its course. From a press perspective, it’s a fun category to watch because the industry is admitting it laid a goose egg.

What made you add television and video game trailers to the competition?

There was a demand for these new categories from the industry. Networks and Video Game companies turned to the trailer industry to help sell their products. If you want something done, hire the best person to do the job. The best were the trailer houses creating movie trailers for theatrical, TV and online. It was a natural progression and one that has been very beneficial for our industry.

Do trailers for documentaries require a different sensibility and use different techniques?

Trailers for movies in different genres all require different sensibilities. An analogy I would give of trailers for docs versus dramatic narratives would be photography versus painter. To begin with you are dealing in two different mediums. Documentary is like a photographic medium where you pull from what exists, using light, contrast, content to capture an image or tell a realistic story. On the flip side, the painter creates imagery from his or her mind or creates completely new characters and stories like a writer does in dramatic narratives. Thus the techniques and the process from start to finish are completely different.

The documentary trailer editor is tasked with selling the joy of ‘learning’ and intriguing the viewer to TUNE IN to reality versus selling pure escapism and the lure of TUNING OUT of the real world. Trailers for documentaries have evolved into masterful works of art and entertainment in their own right. The Documentary category will always be part of the GTA Award Show.

Now we can watch trailers online whenever we want, and there are a lot of people who spend a great deal of time doing so. With the Oscars in the rearview mirror, I took a look at how fans engaged with the eight best picture nominees on YouTube. In 2015, the trailers from each nominee have collectively been watched over 200 million minutes on YouTube. “The Revenant” took home the #1 spot from YouTube viewers on the Oscar Trailers Leaderboard, followed by “MadMax Fury Road.” What are your thoughts?

Way to flatter GTA’s by copying us, YouTube! We started that in 2010 for the 82nd Academy Awards, when the producers changed the format to 10 nominees. The trailer for the Coen Brothers ‘A Serious Man’ edged out a surprise win against “Avatar”. We recognized that people did not have time to watch all 10 of the nominated films but they did have time to watch all 10 trailers.

Are there risks to flooding the Internet with movie and television previews or is this good for business?

More trailers, multiple trailers, trailer ‘shoot outs’ are all good for the trailer industry. There is zero down side here since companies don’t create trailers on spec. If multiple companies produce trailers and the studio test markets to determine which is most effective before test audiences, all the companies who cut trailers get paid for their work. As to the amount of trailers created and flooding the internet, there is no issue since fans are able to ‘search and watch’ the trailers of their choosing.

The entertainment industry is undergoing scrutiny regarding gender inequality. What advice can you offer female editors/ producers looking to get ahead in the trailer business?

The majority of my career has been operating as a business owner. I don’t try to get more business or expect any special treatment because GTA is run by two females (sisters). We expect people to do business with us because we run a fair competition which serves the industry it pays homage to and because we always strive to figure out new ways to make the GTA the best Award Show it can be. Now if CBS, NBC, ABC or Fox came to me tomorrow and said we need programming that was created by women to fill an hour of prime time, would I turn it down? Heck no! Sign me up!

How has your life experience made you the entrepreneur and business leader you are today?

I would say the best piece of business advice I ever got was at my younger brother’s graduation. An elderly gentleman named John R. Simplot was on stage to receive an honorary degree and gave an impromptu speech. He said, ‘Here is my advice to you, find what you like to do in life, pursue it, and HANG ON!’ At that moment he grabbed the podium and stammered again ‘AND HANG ON!’ He talked about his humble origins as an eighth grade drop-out who became a simple potato farmer, and how by doing what he loved to do and persevering he went on to amass a fortune of over three billion dollars. I believe today’s economy has not been particularly favorable to entrepreneurs, so I value the tenacity our team has had over the years, enabling us to grow though turbulent times.

This year the Golden Trailer Awards will give out awards in 14 show categories ranging from serious to lighthearted; including Summer Blockbuster Trailer Award during the eighty minute live show. The open competition is judged by a panel of top level directors, producers, advertising creatives and critics. The 17th annual GTA’s will be handed out at a live ceremony on May 4th, 2016.

This article was previously published on the Huffington Post.